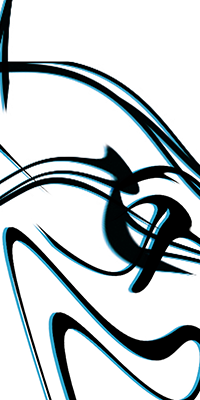 For fifteen years Hamburg-based festival klubkatarakt has been presenting experimental music outside of a rigid academic context, thematically and socially in an open atmosphere, with an experimental layout and structure.

The festival klubkatarakt adresses not only an audience of new music specialists, but also all generally interested listeners who don’t necessarily have a specific expertise. The audience is mixed, from all ages und with varied backgrounds.

One key aspect of klubkatarakt is spatial oriented music. The festival, based since 2009 at Kampnagel, has three adjacent and connected halls at its disposal. In the opening concerts they are often used for concert settings in which the audience is free to walk around through all three halls, becoming an active part of the installation. Parcours – the opening of klubkatarakt 2019 – presented not only contemporary experimental music but experimental music from a total of nine centuries. The basic inspiration for this was Bernd Alois Zimmermann’s idea of the spherical shape of time which the composer conceived in the 1960s.

The festival originated in an association founded in 1992 by composition students at the Hamburg Music Academy to perform the works of its members outside the academy, mostly in venues of the club or rock scene, uncommon places for classical music.

klubkatarakt started in November 2005 and distinguished itself since then as an important part of the experimental music scene. Moreover it became also a stage for audiovisual arts and presented new works by artists like Katrin Bethge, incite/, Makino Takashi, Telcosystems, Rainer Kohlberger, Anton Kaun, Frank Bretschneider and in 2020 Josephin Böttger.

Spex:
„The usual rigid handling of contemporary music is multimedially broken here, providing it with an
expanding frame.“

Hamburger Abendblatt:
„It‘s essential to arrive with open ears and engage into a quite new multimedia experience.“

TAZ:
„Nothing less than a ‚tide of sounds, texts and images‘ are promised by the organizers of a festival in
the Kulturforum Altona. Recommended!“